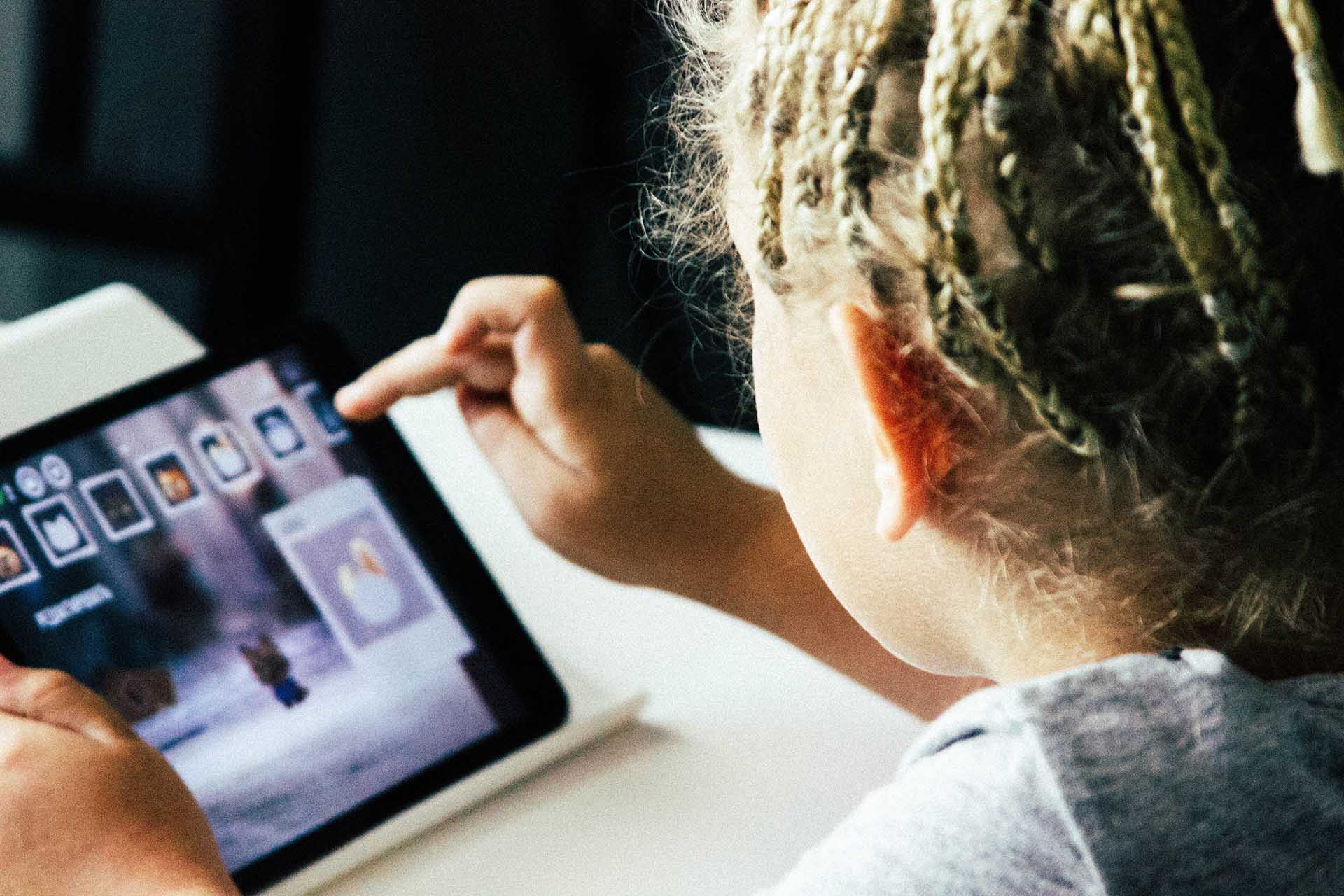 How Functional Communication Training is used in ABA therapy

If you are researching ABA therapy options for autism, you will probably have come across the term FCT, or Functional Communication Training. FCT is a type of behavioral intervention that helps children or adults with autism learn how to communicate successfully instead of having to resort to challenging behaviors.

What is Functional Communication Training in ABA therapy?

Functional Communication Training is often an effective first step in ABA therapy for children diagnosed with ASD. One of the main characteristics of autism is often some difficulty in communicating, explains Rebekah. “A lot of young children with ASD are non-verbal, so it’s really hard for them to communicate that they want things, such as their favorite juice or snack.

“So what they start doing is engaging in any kind of behavior that they know how to do, such as screaming or yelling, and sometimes hitting, biting or throwing toys. The child’s parents or teachers will then probably start presenting them with their favorite toys or juice or snacks until that behavior stops. But then the cycle continues from there, because doing that behavior got the child what they wanted.

“What we see over and over again is that kids who don’t have a way to communicate in order to get their wants and needs met end up being frustrated most of their days, and that’s why they engage in a lot of those problem behaviors. But what we also see is that when we use FCT to give them a way to communicate, those problem behaviors naturally reduce.”

What are some examples of Functional Communication Training?

The type of Functional Communication Training recommended for a child will depend on their communication abilities. It might be something as simple as helping them to say ‘juice’ or ‘snack’, says Rebekah, or teaching them alternative phrases. “If they always say ‘go’, for example, we can show them that they can also say ‘I want to go’, ‘let’s go’ or ‘open the door’.

“Another common form of Functional Communication Training is teaching the kids how to request attention from a specific person, such as calling people by their names or saying ‘look’, ‘look at me’ or ‘watch me’.

But what if your child is non-verbal? What alternative FCT methods are there? “A common one is called PECS, which stands for Picture Exchange Communication System,” says Rebekah. “That basically involves using simple laminated pictures and icons. With young children, for example, we would work with laminated pictures of their drinks and snacks and toys. When we present them with the pictures, they would pick the one that they want instead of using all of those negative behaviors.”

What are the steps in Functional Communication Training?

The first step in Functional Communication Training in ABA therapy is to carry out an assessment in order to choose an appropriate communication method for the learner. “Some kids are going to speak to you normally with their voice, while others are going to have to use PECS,” says Rebekah. “And there are some kids who might prefer to use an iPad to communicate. There are several apps available now that are based on PECS. You’re able to add any words that the child needs, and they’re able to select that icon on the iPad, with the iPad then saying the word for them.

“Once you’ve identified what communication system your learner needs, then it’s just a case of practicing it, over and over again.”

Rebekah says that in the early stages of Functional Communication Training, the sessions are likely to feature plenty of prompting by the therapist. “If the learner is vocal, then the therapist is going to be using a lot of vocal prompts, such as ‘say go’ and ‘say juice’,” she explains. “But if they need more of those PECS or iPad systems, then there’s going to be a lot of hand-over-hand prompting, where we would use their hands to touch the icons to teach them what it means. As we practice more and more, we would hopefully stay away from those prompts, so the learners themselves are doing it independently.”

Parents, teachers and other caregivers are involved right from the start to ensure that FCT will fit in with other areas of the child’s life. “We always choose a communication style that everyone’s comfortable using,” adds Rebekah, “so the skills generalize from therapy to home to school, and the learner gets to practice communicating everywhere.”

How is Functional Communication Training effective?

Functional Communication Training is effective at helping autistic children and young people to find their voice and express themselves, and in Rebekah’s experience, it is extremely successful. “It’s really amazing to see it an action, when instead of doing a behavior, your client says one of those phrases that you taught them.”

In order to measure the success of Functional Communication Training in ABA therapy, data on how independent a learner is with requests are taken throughout the day, explains Rebekah. “Requests are usually the first type of communication that we teach, so they can ask for water, juice, snacks, or perhaps certain toys, videos or songs. We’ll keep a record of the number of independent requests that are made, and how many of those requests are prompted or they need help with. The goal is always for there to be more independent requests than prompted ones.”

Some parents looking at Functional Communication Training might be worried that things will be withheld from their child until they request them correctly, but Rebekah stresses that this never happens at Illuminate. “If a child is hungry or thirsty, we would never deprive them of those basic human needs. We usually just try to find opportunities throughout the day to practice. If we prompt a child two or three times to request a snack or a drink and they’re not doing it, we’ll end that learning opportunity and let them have what they need.

“I think for younger kids, especially, once we teach them that communication it opens up their world. They suddenly have access to all of these different items and ways in which to request them. But then on the downside, they want everything they want right there and then! So, after that phase of getting them to communicate all of their wants, then comes the hard part of teaching them that sometimes you have to accept ‘no’ and ‘wait’ because you can’t always get everything you want right at that instant. But that’s usually part two of FCT!”

To learn more about our ABA services, check out our six-step solution. And click here to refer a patient. 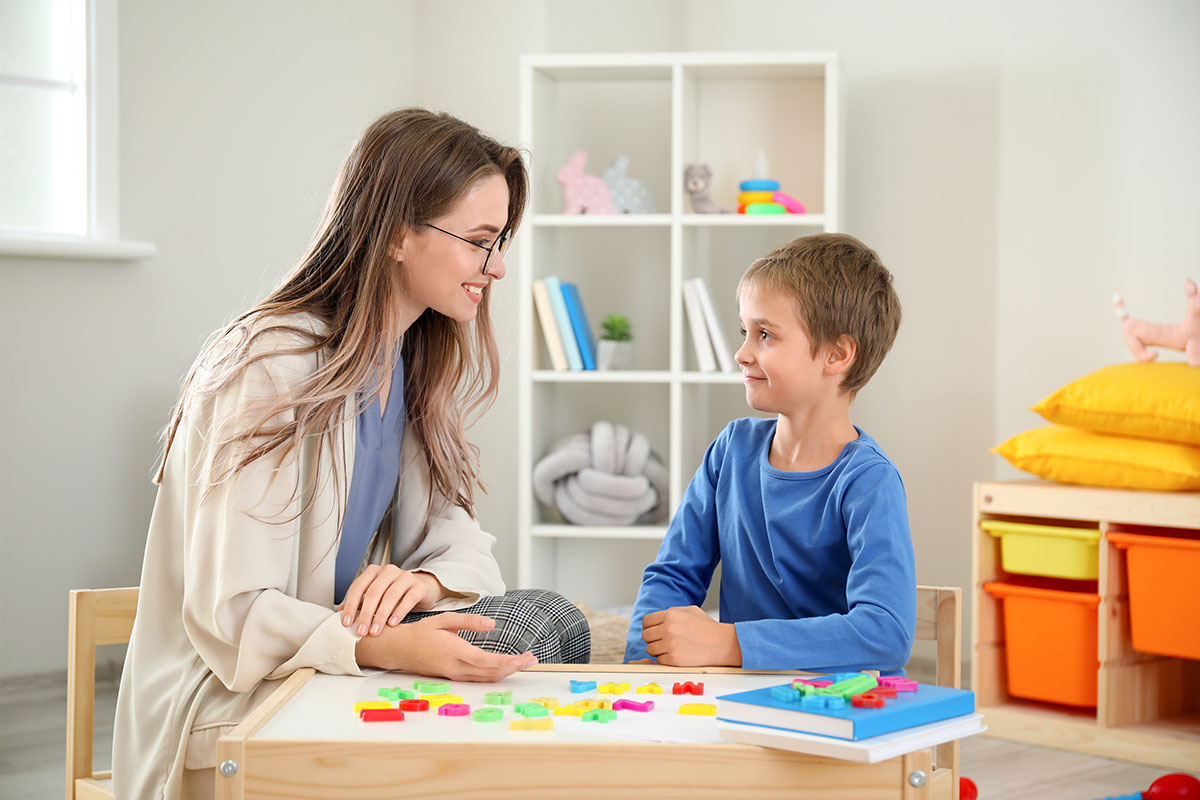 How naturalistic teaching is used in ABA therapy

How Functional Communication Training is used in ABA therapy 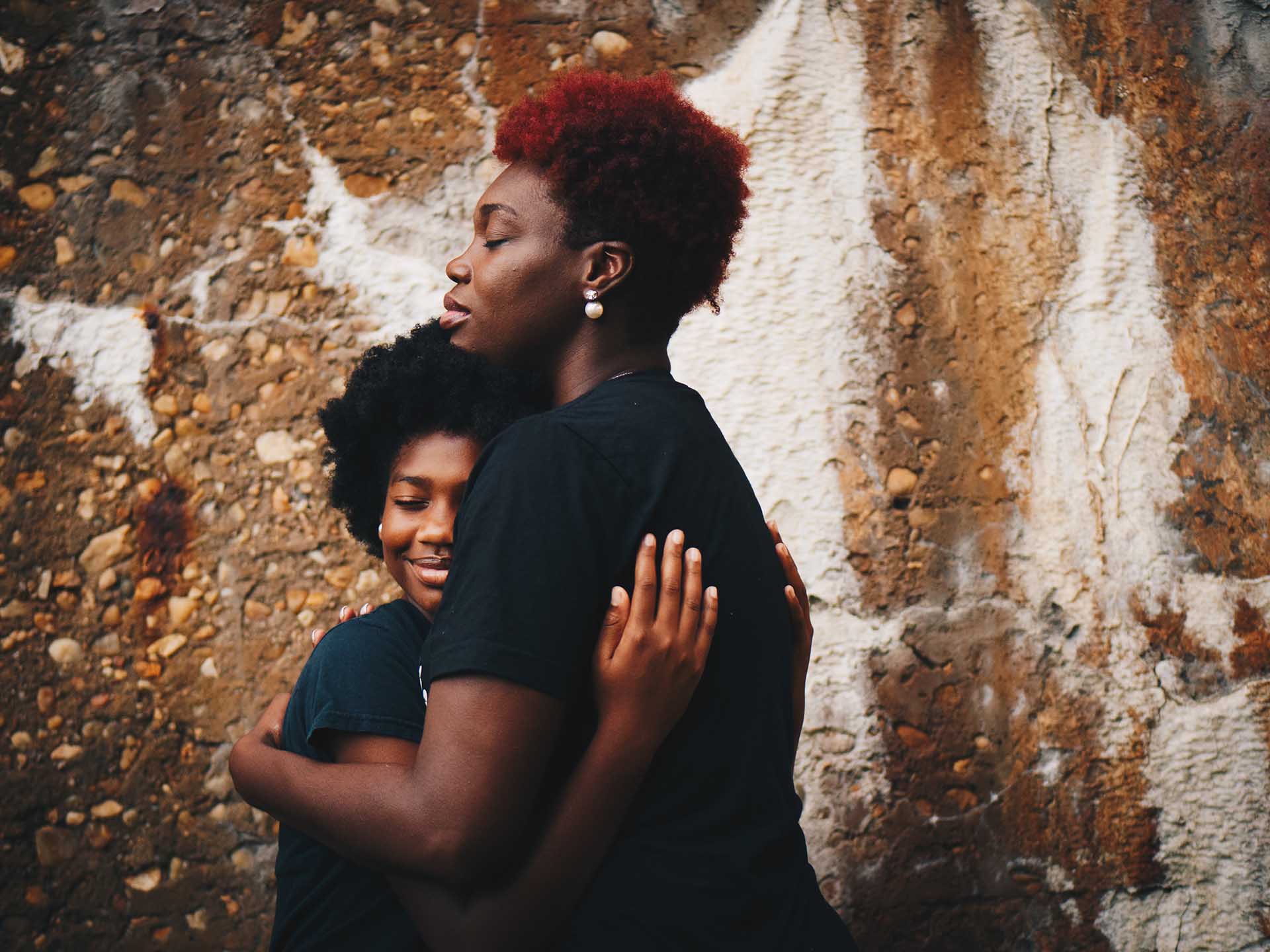 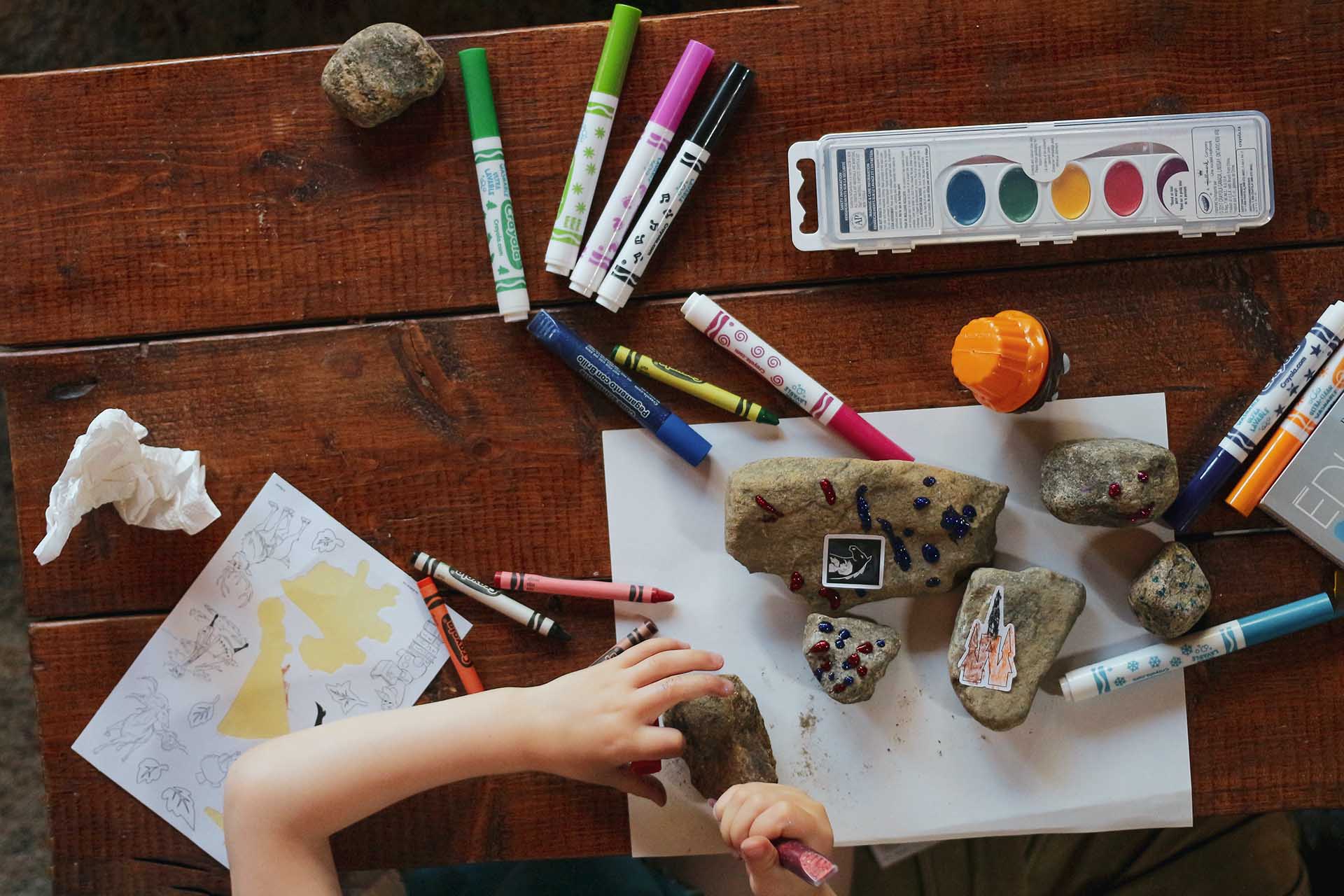 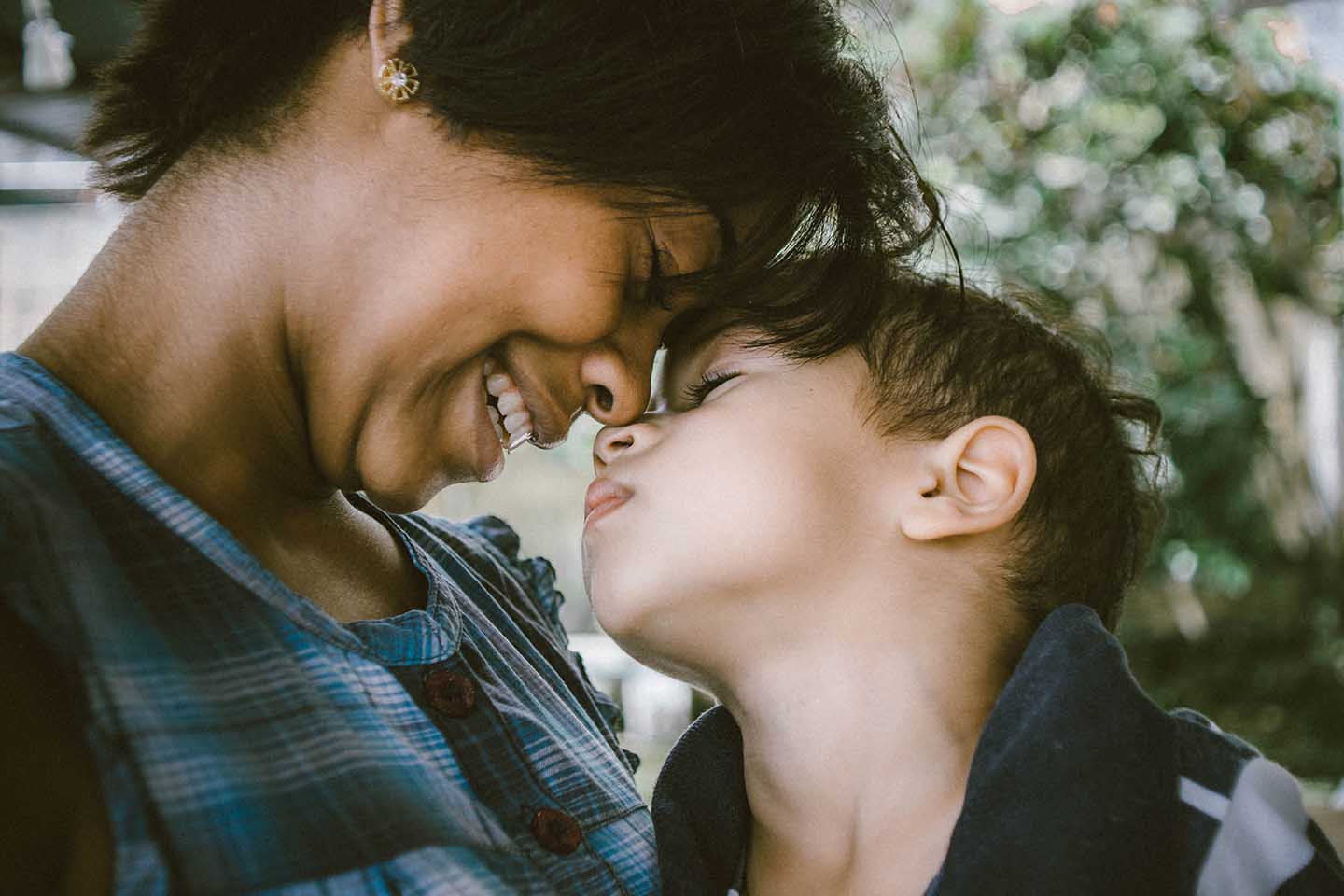 Signs of autism in kids: how to spot it and how we can help 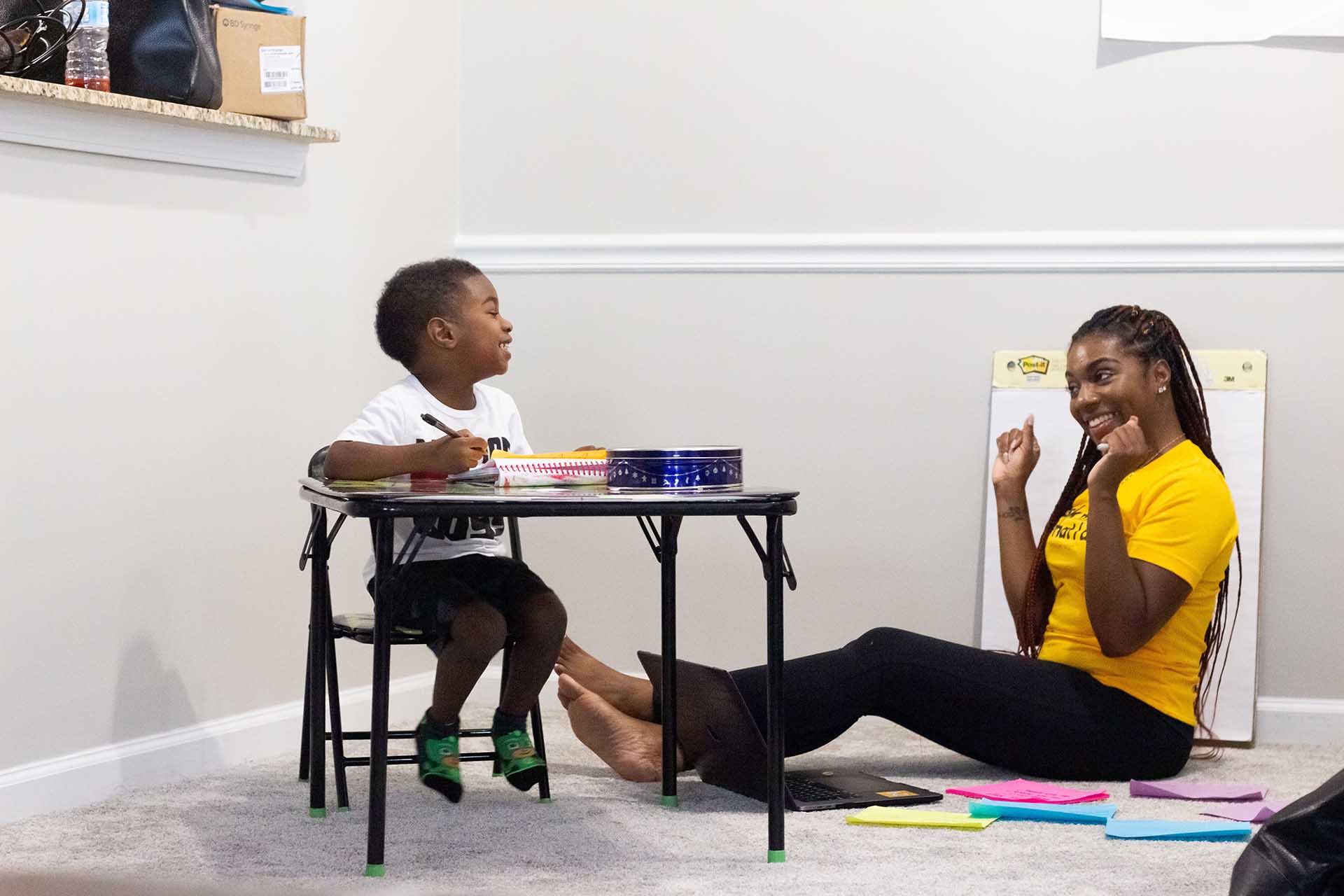 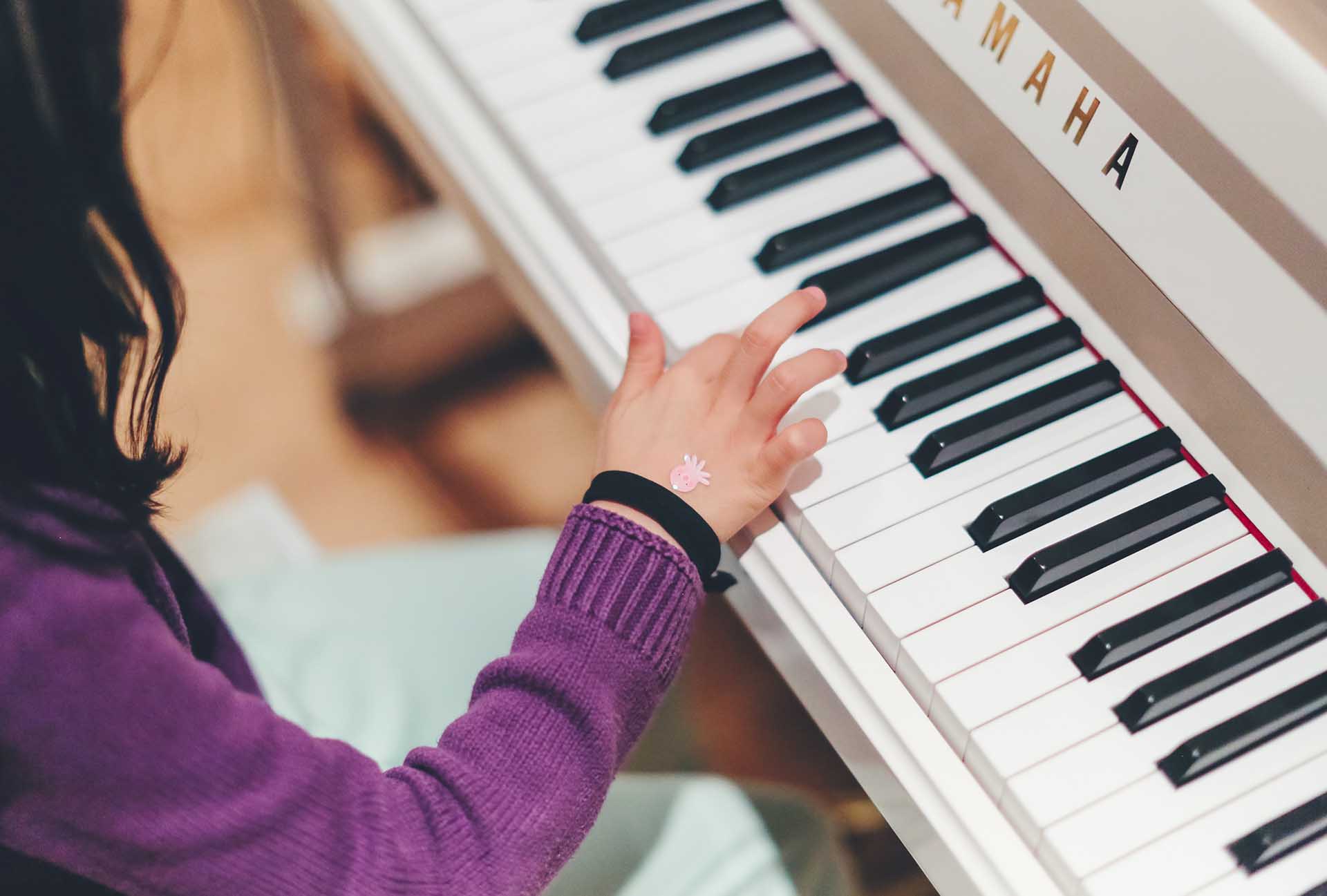 What skills does an ABA therapist have? 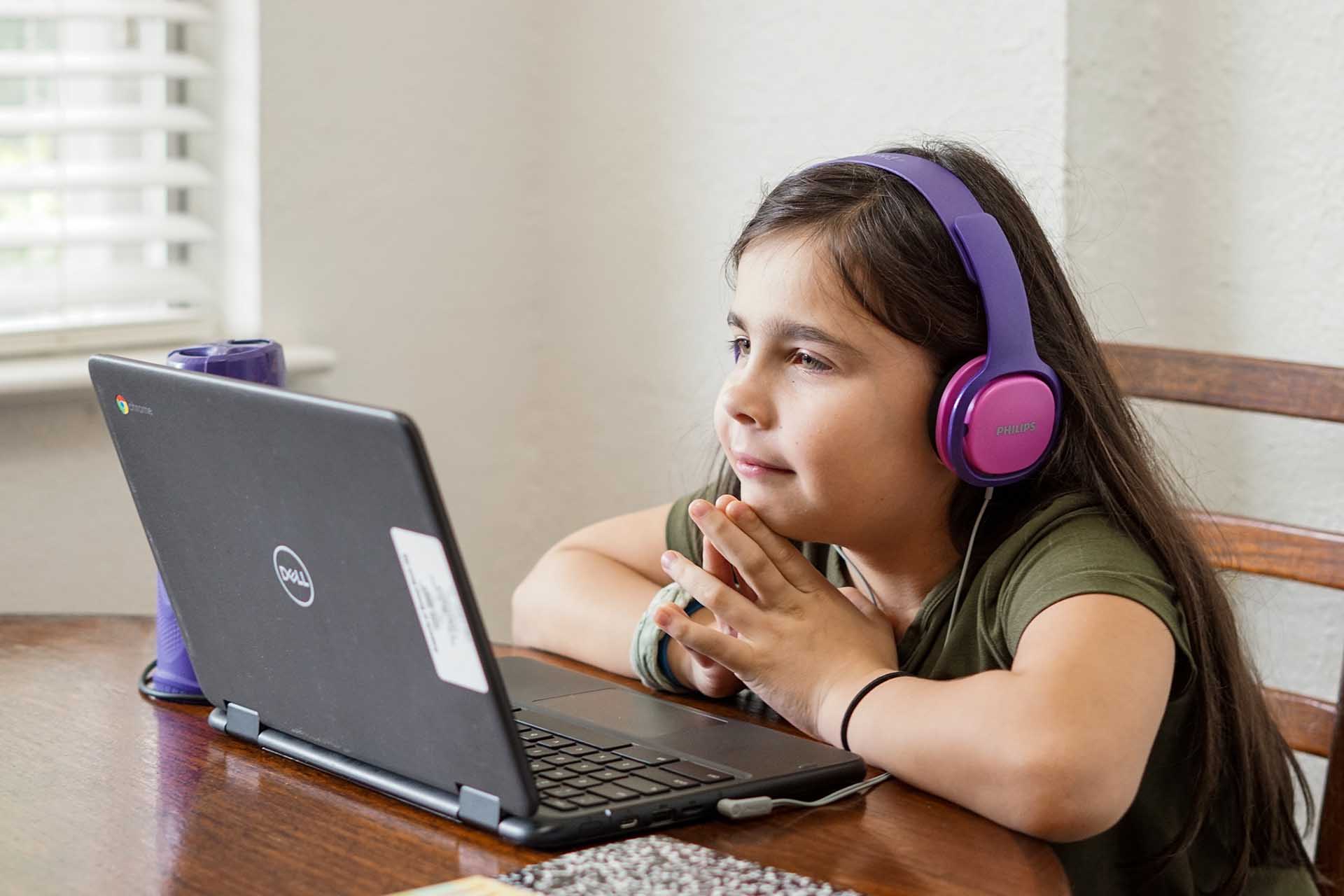 What is high-functioning autism? How ABA therapy helps build skills for success 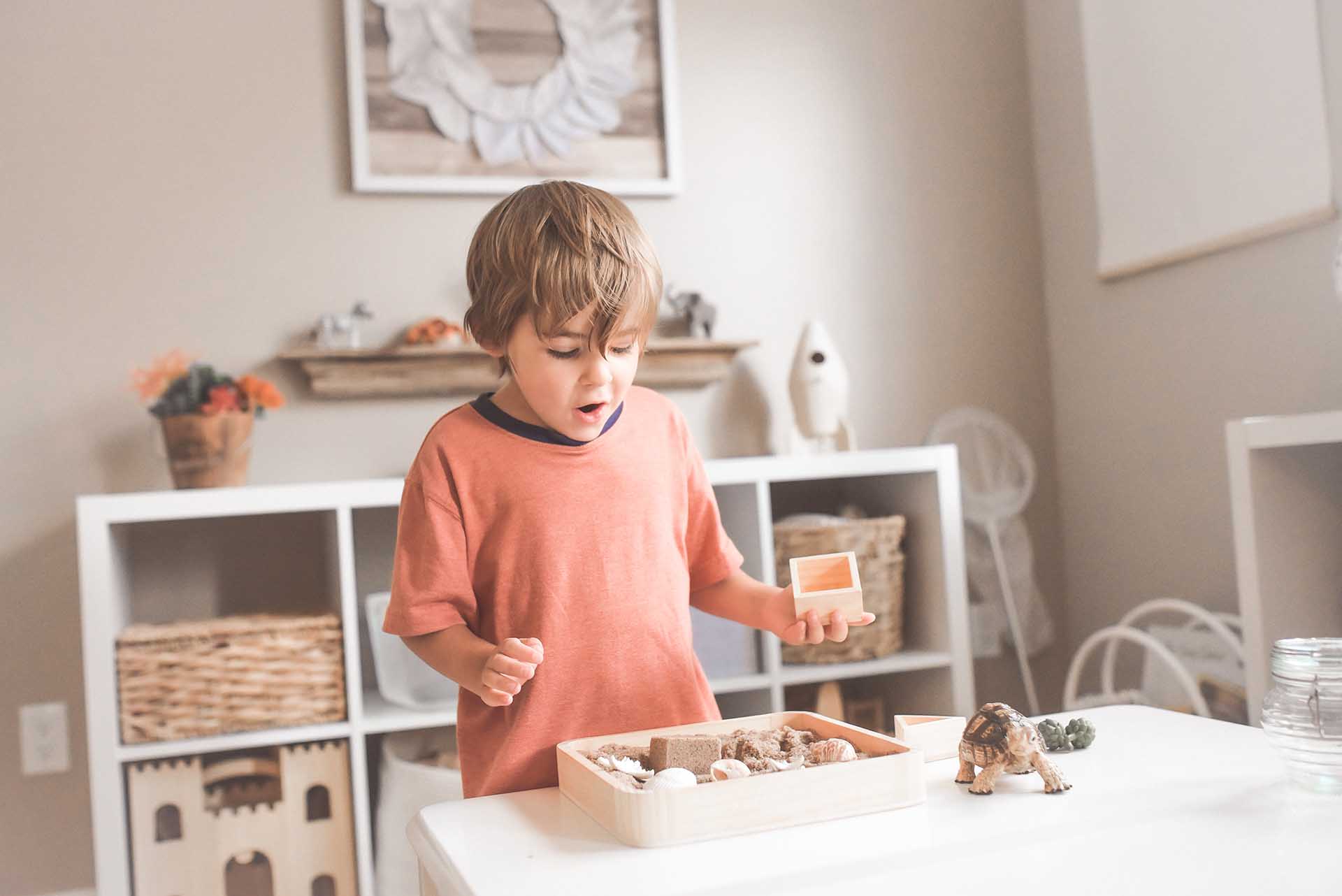 What happens in ABA therapy sessions? 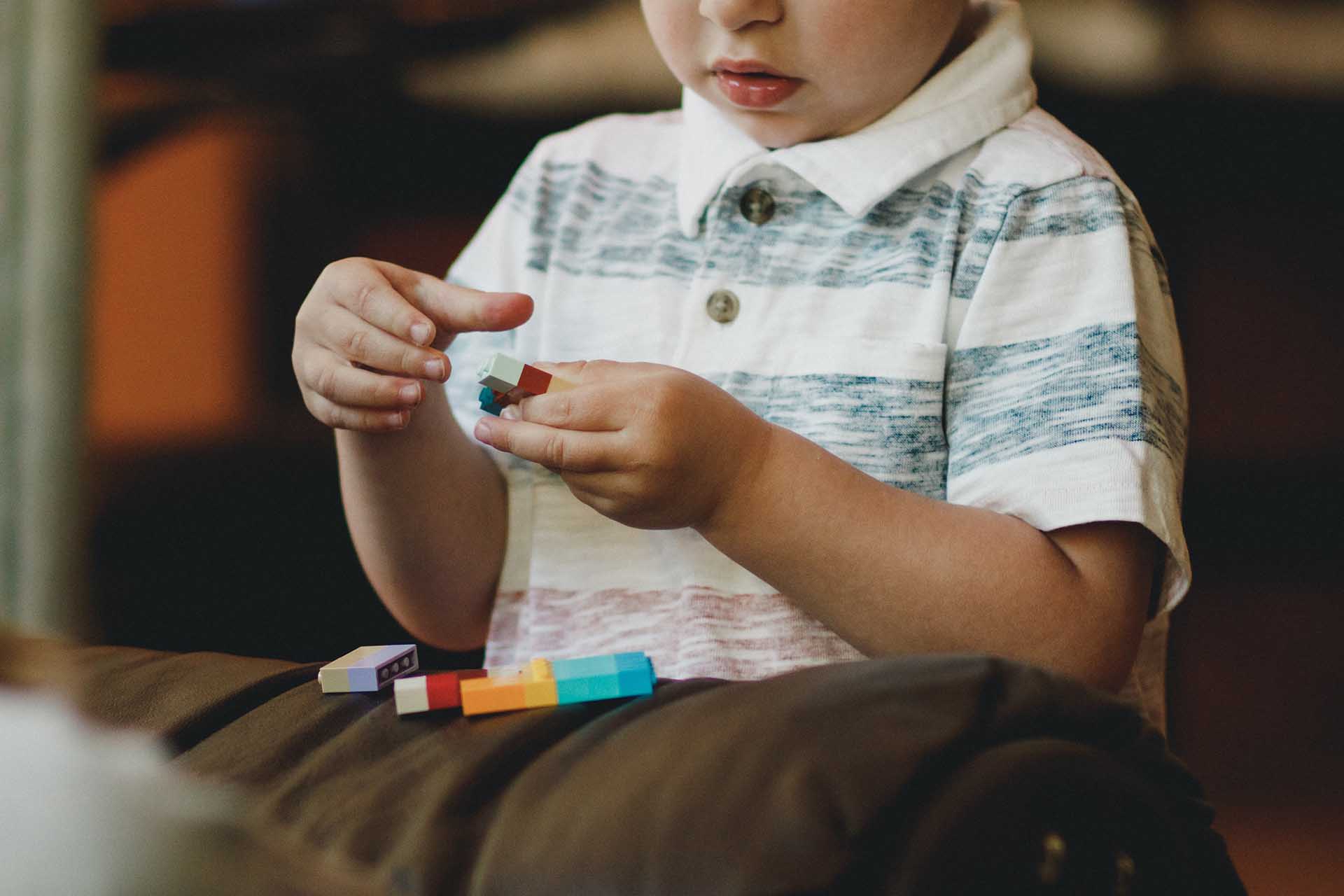 What is ABA therapy for autism? Your questions answered

Victoria Aprano is a licensed and certified behavior analyst (BCBA). Victoria had been working with children, adolescents, and adults diagnosed with autism since 2015 in the home, schools, community, and center-based settings. She holds a Bachelor of Arts in Psychology and a Masters in Applied Behavior Analysis from Ball State University. Her professional interests include early intervention, language building, social skills training, and parent training. In her free time, Victoria enjoys traveling to new places, going to the gym, and crafting.

Jamie Lee McVeigh was certified as a BCBA in 2016 and has enjoyed working with people with developmental disabilities since 2013, in a variety of settings. She earned a Bachelor of Science majoring in Communication Sciences and Disorders from The University of Central Florida, and Master of Arts with a focus in Applied Behavior Analysis from The University of West Florida. Jamie enjoys teaching communication skills and helping new professionals in the field meet their full potential. In her free time, Jamie loves to travel, eat delicious foods, and snuggle up on the couch to watch Netflix.
Under Jamie’s watchful eye, our technicians and clinicians receive proper training to best serve our children. Any staff can expect to meet with her before starting, and throughout the initial onboarding process. She also arranges monthly trainings in order for our employees to sharpen their skills and receive the latest and the best in ABA techniques.

Sydney Finkenbine is a licensed and certified behavior analyst (BCBA). Sydney has been working with children, adolescents, and adults diagnosed with various disabilities, since 2014 in the home, school, and community settings. She holds a Bachelor’s of Science and Master’s of Special Education from Bowling Green State University, and a graduate level certificate in Applied Behavior Analysis from University of Cincinnati. Her professional interests include language building, social skills training and teaching activities of daily living (ADLs). In her free time, Sydney enjoys trying new restaurants, exploring local walking trails and spending time with family.

Rivka Hoch, BCBA, LBA is the clinical director of Illuminate ABA. Rivka earned a Bachelor’s of Science in Liberal Arts from Excelsior College and a Master’s of Science in Education from Daemen College. Rivka spent many years as a lead teacher in Special Education where she taught multiple age groups and functional levels. As an educator, Rivka designed behavior plans which guided her students to success. This prompted her to complete the Applied Behavior Analysis training from Florida Institute of Technology. Rivka naturally connects with children and immediately fell in love with the field of ABA where she enjoys combining her natural rapport of engaging with children with working techniques. As a mother of young children, Rivka finds herself turning to these techniques in her home as well! Once a practicing BCBA, Rivka has guided teams of therapists in implementing ABA programs. She has helped her clients gain new skills and develop appropriate behaviors to help them function in a variety of settings. Giving the parents and families the support they need to help their child thrive is Rivka’s favorite part of what she does. In her free time, Rivka likes to drink Iced Passion Fruit tea mixed with Limeade while spending time with her family outdoors.